Noise Reduction Rating is an industry-standard measurement chart for hearing protection devices. Due to various factors related to how we perceive noise, it’s unfortunately not as simple to understand as we might hope.

So, to clarify things, here’s a clear explanation of what we mean by Noise Reduction Rating (NRR) and how it relates to hearing protection.

How to Measure Noise

As you may already know, we measure noise using decibels (dB). Decibels measure sound intensity – amplitude – which refers to the sound wave’s pressure.

Because sound waves are vibrational energy, the further we are away from the source, the quieter we perceive them to be. This is because the waves cover a greater distance, meaning the energy exhaust itself traveling through air, so it’s less intense.

Sound wave frequency is also important when measuring loudness. Although frequency doesn’t dictate amplitude, we’re more sensitive to some frequencies than others. In turn, we might perceive a high-frequency sound as louder than a low-frequency one.

While we have objective ways to measure sound intensity (decibels), perceived loudness is often as important. It’s more of a subjective take on how loud something is, as one person’s ears might be more sensitive than another’s.

Saying a noise is 70dB doesn’t really mean much to most people. As such, the easiest way to understand loudness is to look at charts of common sounds, such as the one below:

The decibel scale is logarithmic, so an increase in 10dB means a sound is 10 times more intense. It’s why normal speech is 60dB whereas a vacuum cleaner is 70dB, despite us perceiving it as much louder.

What is an Excessive Noise Level?

Sounds can cause damage to our ears, although the speed at which this happens depends on noise level and sound exposure time. According to the CDC, the level at which damage can happen is 80-85dB after 2 hours of exposure.

At 100dB, hearing damage is possible within 15 minutes, and at 120dB or more, it’s pretty much immediate and guaranteed. As you can probably guess, this is why we have exposure limits, hearing protectors, and NRR.

Noise measurement in dBA vs. dBC

Human ears don’t perceive noise levels equally across the audible frequency range. While they do a good job distinguishing noise between 0.5 and 8 kHz, they don’t respond as well under 0.5 kHz and above 8 kHz.

Check out this resource to know more about noise weighting.

Both use A-weighted decibel systems, meaning sounds with lower frequencies have reduced values. This is because our ears are less sensitive to low-frequency noises, meaning there’s less potential for harm.

OSHA and NIOSH both set 85dBA as their limit for safe noise exposure. This 85 dBA value is set at an 8-hour TWA (Time Weighted Average), meaning hearing conservation measures should be implemented if a worker is exposed to an average of 85dBA across an 8-hour shift.

Interestingly, NIOSH advises that PPE (Personal Protective Equipment) is the least effective solution to noise exposure. It states that we should attempt to decrease sound exposure or eliminate the noise first.

OSHA echoes this, as it suggests initially controlling or monitoring exposure. Every time you double the distance between the source and a person, the noise decreases by 6dBA. As such, simply moving away from the noise (if possible) is a way to control our noise exposure level.

However, these solutions aren’t always possible, which is why proper hearing protection exists. For example, if the source of noise is factory machinery or a train engine, you can hardly move away from it and still do your job. So, while PPE might be the least effective solution, it’s the most common.

What Does NRR Mean

For hearing protection devices, OSHA introduced the Noise Reduction Rating (NRR) system in 1979. In simple terms, it measures the PPE’s noise attenuation ability, or how well it reduces the perceived loudness of a sound.

But it’s a bit more complicated than that. Noise reduction ratings are expressed in decibels, although it’s not as simple as deducting the NRR from a sound’s decibel measurement. For example, if you were exposed to a 100dBA noise wearing headphones with an NRR of 30dB, you won’t then be hearing a 70dB sound.

Instead, you’d be exposed to a noise of 88.5dB. This is because the standard calculation method is as follows:

If your noise environment is expressed in dBC, say 100dBC, the calculation method is as follows:

There are actually 4 methods of calculating NRRs that were developed by NIOSH. They vary in complexity, but the above are the most standard.

But why is this? Well, there are numerous factors. The first is that a hearing protector is tested in a lab under strict conditions to get its initial NRR. As such, the values given don’t reflect its real-world noise protection.

The second relates to the fit of the headphones. NRR values are given based on the “experimenter fit”, where they’re fitted by a trained professional. Understandably, this doesn’t apply to the workplace, particularly if workers haven’t had the correct training.

As such, “subject fit” is becoming a more popular (and accurate) measurement of NRR values. It involves the subject in the initial NRR experiment putting on the ear protection equipment without the help of the people conducting the test.

Along with providing a more accurate measurement, it also helps determine the clarity of instructions. The subject uses manufacturer instructions to put on the PPE, so if it’s not clear, the product will get a lower noise reduction rating.

In short, OSHA recommends applying the correction method above to approximate the true NRR value of hearing protection devices. If workers are deemed to be at risk of hearing damage in the workplace, it is their employer’s responsibility to enforce PPE. Not doing so can result in pretty hefty fines and, eventually, lawsuits.

We’ve made a list of the top picks for NRR earmuffs here. If you have a preference for earplugs, check out this article here.

How NRR is Displayed

The EPA controls NRR labels on hearing protection devices. Traditionally, you’d get the NRR displayed in decibels with “when used correctly” written below. However, the EPA is currently in the process of upgrading its labeling to make it slightly more accurate.

You’ll now get 2 numbers with a bar indicating the range of NRR values attributed to that hearing protection device. The numbers indicate the protection values based on the wearer’s level of training. More experienced users will obviously have the higher number, as they’ll be more familiar with how to fit and use the PPE.

The scale between the 2 numbers reflects the impact of the PPE’s fit on its NRR value. A wider range means more variation in protection, whereas a small range results in a more consistent fit.

For example, over-ear headphones should generally have a smaller range (and higher maximum NRR) than earbuds. This is because there’s less variation in fit and more material to provide sound attenuation.

How Does PPE Reduce Perceived Noise?

As mentioned, hearing protection equipment aims to attenuate (reduce) the level of perceived noise. In the most basic terms, it does this by creating a shield in front of the ear canal that blocks some level of noise.

Foam is a common material for earplugs and ear muffs. Earplugs essentially seal the ear canal, whereas ear muffs form a protective barrier. Both kinds are known as passive PPE.

Active PPE, on the other hand, uses extra attenuation methods. These can range from noise cancellation to air flow control. You might have noise cancellation in your music headphones. It plays sounds at certain frequencies to literally cancel incoming noise.

Air flow control is a less common technology. It uses holes in the headphones under the ear cushions to direct sound in a chamber before reaching the ear. Redirecting the air causes it to dampen some incoming noise, making it more effective at controlling lower frequencies.

The bottom line is that, regardless of materials and technology, PPE protects the ears using one or more of the 4 basic principles of soundproofing.

SNR stands for Single Number Rating and it’s the EU’s version of NRR. As such, you typically won’t see products featuring both ratings, although you may still find products in the EU that use NRR.

It pretty much means the same thing as NRR: it measures how well hearing protection will attenuate sound. We still calculate SNR using dBA values and exposure times, which are the same as for NRR calculations.

However, SNR uses different testing methods. One important difference is that it gives HML values, which are high, medium and low frequencies. This means you can select a device that offers suitable attenuation at the desired frequency.

While there’s no way to convert NRR into SNR and vice-versa, SNR values are typically higher than NRR values. They tend to be around 3dB higher (better), although differences of 6dB or more aren’t uncommon.

Like NRR, you need a few values to work out the true (derated) SNR value. The first is the C-weighted noise level. This is essentially the opposite of A-weighted, meaning you give low-frequency sounds more weight.

Second, you must deduct 4dB from the SNR rating, which accounts for real-world application, such as incorrect fit and ambient noise. A typical SNR calculation might look something like this:

This example uses the same values given in the NRR example above. As you can see, the real-world SNR value is noticeably better.

SNR and NRR use different testing standards, although they achieve pretty much the same thing. SNR uses ISO 4869-1 and -2, which factor in the HML standards given above. NRR uses ANSI S3.19, and the subject-fit test uses ANSI S12.6.

It’s not necessary to dive into what the test procedures and equipment are – you can buy PDF versions of the documents using the links if you’re interested. What does matter is the fact that they’re strictly controlled tests. So, while NRR and SNR ratings might not be completely representative of real-world use, they at least give you a clear standard of a product’s sound attenuation.

Another important factor in SNR values is over-protection. EU guidelines state that no PPE should reduce perceived noise below 70dB, as this could reduce the wearer’s ability to hear warnings. As such, it recommends choosing PPE with an SNR value based on the relevant environmental noise level. For example, noise levels of 100dB require PPE with an SNR of 30, whereas 90dB only requires an SNR of 20.

I hope this article has helped you understand what we mean by noise reduction rating. It’s vital to understand that the numbers on the packaging aren’t completely accurate. Therefore, make sure you know at least the basic real-world calculation method.

Do you have some go-to PPE that offers great hearing protection? If so, I’d love to hear your recommendations in the comments. 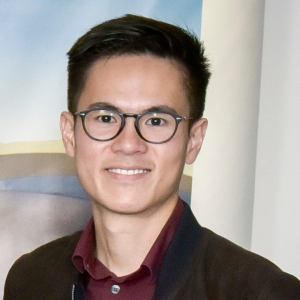